Norfolk author Jemima Pett has discovered her children’s books have been banned as a result of the tabloid attack on WHSmith’s ebooks earlier this week. Following the accusation that WHSmith was selling pornographic material in its estore, their suppliers, Kobo, withdrew all works by independent authors in a knee-jerk reaction, not only in the UK but worldwide.


“This is a huge blow,” said Jemima, “I’ve just finished a tour promoting my children’s books. Now readers can’t buy them from a reputable UK bookstore.” 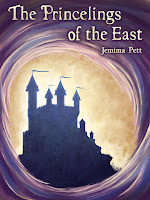 The book has received a prestigious five star review award from the US organisation Readers’ Favorite, and from family-friendly Mother-Daughter Book Reviews. A recent review by 13 year-old Joshua called it “an amazing book jam-packed with mystery and action”.

Jemima, an independent author who lives near Norwich, explained that her international distributor, Smashwords, supplied their list to Kobo, the supplier of WHS ebookstore. “Other retailers, like Apple, check the list to ensure that the books abide by their stricter standards,” Jemima explained. “Smashwords does provide information in book codes, but does not censor authors’ work. They are working with Kobo to sort this mess out. Meanwhile readers can still buy my books for their Kobo reader at Smashwords itself – look for the ‘ePub’ file – and at other retailers for other eReaders.”