We are pleased to announce the release of an ebook box set of the Princelings Trilogy.

Princelings of the East Books 1-3 will be released on 25th November 2016 on Smashwords, and is available to pre-order on Apple iTunes, Barnes&Noble (Nook) and Kobo, and possibly some other retailers tba. 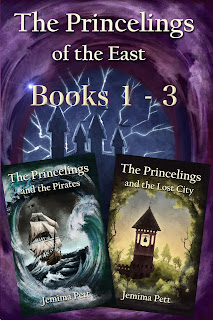 A further box set of books 4-6 is planned for the new year.