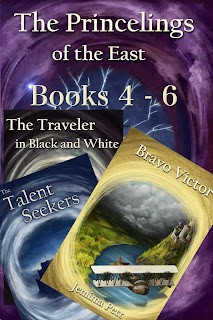 Buy it from 20th February on Smashwords, and on iTunes, B&N and Kobo if you like to pre-order.
Email Post
Labels: box set Bravo Victor iPad kindle kobo nook Princelings books The Talent Seekers Traveler in Black and White